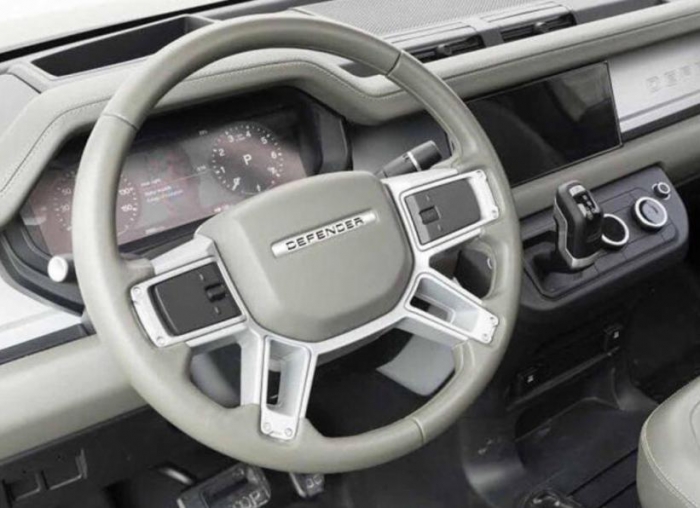 While your Land Rover Defender might leak, this one wasn’t supposed to -- the next-generation Land Rover Defender’s interior allegedly made its way to the internet by a currently deleted Twitter user named rcdesignsuk. Adding to the image’s credibility, Land Rover’s communications director Richard Agnew responded to the image in a now-deleted tweet threatening legal action.

Regardless of how the interior made its way to the world, we can see that it’s definitely a step toward modernity for the Defender. The interior still looks to be in the early stages, without final surfaces or finishes, but the layout looks nearly ready for production. Unlike the rest of the Jaguar Land Rover lineup, the Defender looks like it will use a more standard stalk e-shifter instead of the rotary shifter you’ll find inside a Discovery.

A landscape-oriented infotainment screen will handle your navigation and audio requirements. The steering wheel looks to be multifunction, and it might sport touch-sensitive controls similar to what you’d find on a Mercedes-Benz. The instrument cluster looks to be digital, too, which would follow the growing trend of digital gauge clusters.

By the time you see one of these in person, there will be changes -- at least labels will be printed on the various buttons. Oh yeah, and you will see these: In case you forgot, Land Rover announced the Defender will be coming stateside in 2020.